Winnipeg Lawyers for Over 40 Years

Cassidy Ramsay Barristers, Solicitors & Notaries is a law firm in Winnipeg with a team of lawyers that have a strong work ethic and a diverse practice range. Richard L. Cassidy started the law firm in the mid-1970s and built the firm into one of the leading practices in the area.

Richard received his Bachelor of Arts degree from the University of Winnipeg and his Law Degree from the University of Manitoba in 1975, having been accepted to the Manitoba Bar in 1976. Richard's primary areas of practice are in the field of corporate law, including federal and provincial incorporation, corporate restructuring, sale and purchase of shares, commercial real estate transactions, including leasing and financing, residential real estate purchases, sales and mortgaging, estates, wills, and powers of attorney.

Lynn received her Bachelor of Arts Degree from the University of Winnipeg in 1976 and her Law Degree from the University of Manitoba in 1991, and was admitted to the Manitoba Bar in 1992. Lynn practices exclusively in the area of family and domestic law including: divorce, separation, custody, maintenance, family property, adoptions, guardianship applications, child protection, and any and all other matters arising out of family and domestic disputes. Lynn has extensive court experience in addition to negotiating settlements outside of court.

Marietta received her Arts Degree from the University of Winnipeg (1979) and her Law Degree from the University of Manitoba (1982). Primary areas of her practice for over 25 years have been real estate, wills and estates, and basic corporate and commercial law. For approximately the past 5 years, she has also practiced in the area of family law, with a special emphasis on child protection. She adopts a cooperative and collaborative style of practice.

Marietta's practice also includes representing small business owners with their corporate and business related legal issues and has also provided legal assistance to several cultural organizations in the establishment of their associations and/or non-profit charitable corporations. Marietta is also a Notary Public in the Province of Manitoba. Marietta speaks English and Italian, and can provide legal advice in the Italian language if required; in addition to which she has been a speaker on various legal topics at the Law Society of Manitoba, Manitoba Real Estate Association, and to several special interest groups.

Lyndsey received her Bachelor of Arts degree in English Literature from Carleton University Ottawa Ontario in 1989. After 20 years of working as a consultant in high-tech industries, she returned to school, earning her Juris Doctor degree from the University of Manitoba in 2013. She was called to the Manitoba Bar in 2014. While practicing primarily in family law, Lyndsey also practices criminal law and Information Technology (IT) Law. 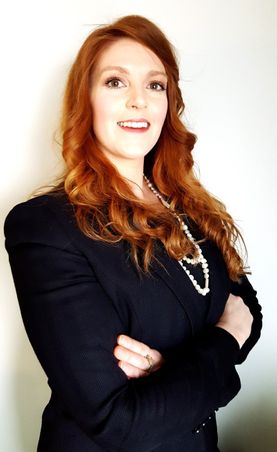 Christina is originally from British Columbia where she received an Honours Degree in Psychology. In 2014, Christina completed her Juris Doctor from Bond University in Queensland, Australia. The following year, she was called and admitted as a solicitor in Australia where she stayed and worked for a few years before making Manitoba her place of residence.

Christina has appeared in various levels of Court, as well as independent administrative tribunals in both Canada and Australia. To date her practice has been in Civil Law, Family Law (including Separation Agreements, Prenuptial and Postnuptial Agreements), Child Protection Law, Real Estate, Employment Law, Powers of Attorney, Wills and Estates. Christina is also a Notary Public in the Province of Manitoba.

In her spare time, Christina enjoys going to the gym, yoga, spending time with friends, travelling, and hiking.